NIKITA PARRIS admitted winning a major tournament is the only way forward for England women, as FA chiefs pile on the pressure.

On Monday, the Lionesses were told anything other than lifting a trophy at either the home Euros next year or the 2023 World Cup would be deemed as a “failure” by Baroness Sue Campbell, head of the women’s game. 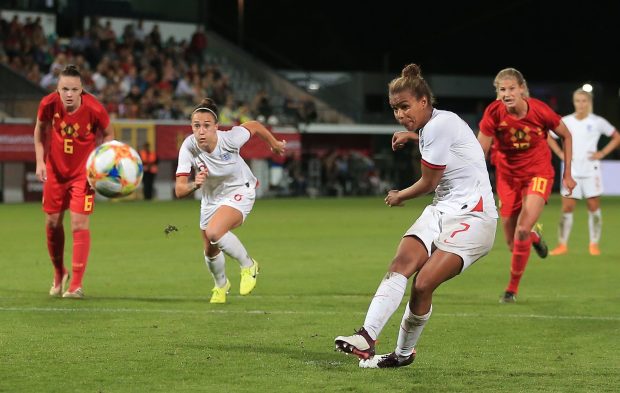 The England stars fought back tears after suffering a heartbreaking 2-1 defeat to the USA in the semi-finals of the World Cup last year.

Parris said: “I believe England need to have that pressure of having to win a major tournament.

"I think in the past we've said that we'll go in it to win BUT – there’s always been a but.

“As Sue clearly stated it's about winning a major tournament for England now and nothing less will be good enough.

“I was truly disappointed in the World Cup when we lost against America because I really thought that was our time.

“But now we have to build on the momentum of getting to semi-finals and not quite having enough to get to the final to win - and now that's not good enough.

“Now we have to train and get our mind-set right because winning a major tournament is the only way forward for England.”

And she fears the English top-flight will suffer if the Lionesses aren’t successful in their home Euros next year.

As the Lionesses prepare to take on two-time World Cup winners Germany in Wiesbaden on Tuesday, the striker added: "The home Euros are an unbelievable time to really push on women's football in England.

“The Women's Super League is a great advertisement for clubs and players worldwide to really look at the league and see where it's going.

“It’s a fantastic league. Even me being abroad and watching as many games,  I think that the league has really pushed on.

“But in order for England to really reach those heights in the eyes of those who are at the very top of women's football, we have to win a major tournament.”