BAYERN MUNICH'S Champions League opener against Atletico Madrid is in doubt after Serge Gnabry trained with the squad before returning a positive coronavirus test.

Gnabry, 25, tested positive after a training session on Monday with 24 other players from the German champs' squad. 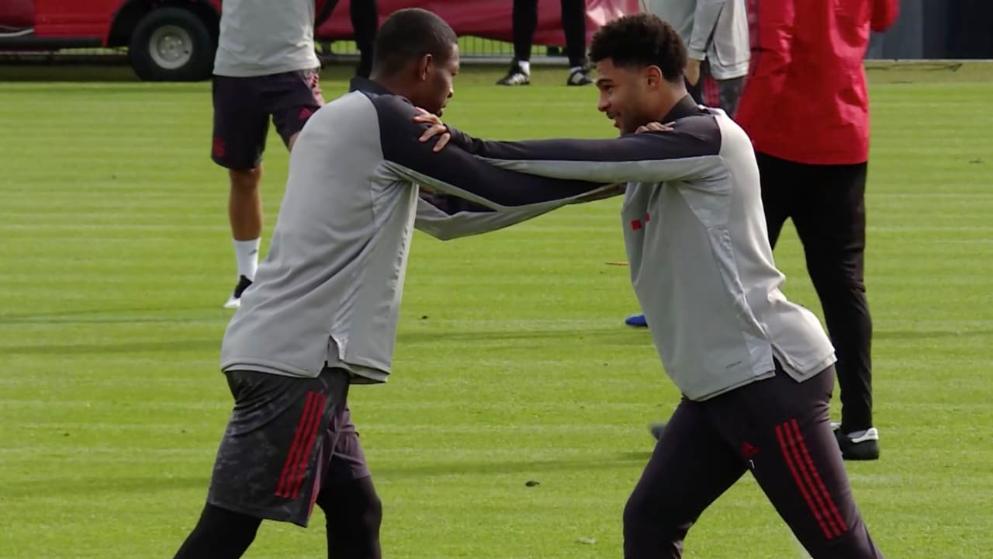 And pictures from training show him in close contact with 28-year-old team-mate David Alaba during a stretching exercise.

It is yet to be determined whether the virus has spread to other players in Hansi Flick's squad ahead of their European opener.

However, the report states Bayern are confident the game WILL go ahead as planned tonight at the Allianz Arena.

The club have introduced stringent hygiene measures at their training base to combat the pandemic.

Separate changing areas have been in use with showering carried out individually and areas regularly disinfected.

Players will be tested individually today, with those producing a negative result able to travel to the stadium for the game.

Uefa regulations state matches will be played when scheduled if both sides have a minimum of 13 professionals, including one keeper, available.

Defending European champs Bayern will be without wideman Gnabry - who bagged nine goals in ten Champions League games last season - after he entered a period of self-isolation but is said to be doing well.